Details for the 9th annual MONSTERS OF ROCK CRUISE — the world’s largest, and premier hard rock/heavy metal music cruise on the seven seas — have been announced. Departing out of Miami, Fl, this five-day/five-night full ship charter cruise — dubbed Band Overboard — will set sail February 24 – March 1, 2019 aboard Royal Caribbean’s Mariner of the Seas and visits two ports: Ocho Rios, Jamaica and the Private Isle of Labadee. The public on-sale begins today (4/18) at 1:00pm ES

In the days of MTV and cassette tapes, HAMMERJACKS was one of the most important rock clubs in the world. In the '80s and '90s, the club was the heartbeat and musical identity of blue-collar Baltimore, MD. A favorite venue and hangout for artists like Iron Maiden, Warrant, KIX, Cinderella, Extreme and Wrathchild America, HAMMERJACKS closed it's legendary doors in 1997. Twenty years later, a group of entrepreneurs are planning to re-open the club. ENCORE: THE HAMMER

KIX to Release 30th Anniversary Box Set of "Blow My Fuse" with plans to play the entire record live in 2018. The band recently sat down with BLK Live in Phoenix AZ on BRICKHOUSE.tv To discuss the bands recent resurgance and plans for 2018. You can check out the video below. #Kix

Kix guitarist Ronnie Younkins posted today via his Facebook Page : I’m teaching guitar again, contact me if interested! You can contact Ronnie at his page below. Ronnie's FB Page: https://www.facebook.com/ronnieyounkins/ Guitarist Ronnie "10/10" Younkins, guitarist and founding member of the band KIX, guitarist and lead vocalist in his band THE BLUES VULTURES. Biography KIX, co-founder of the band in 1977. Played in the band for 18 years, now does shows throughout the year wi

Kix was formed by Ronnie Younkins, Brian Forsythe and Donnie Purnell in December 1977 in Hagerstown, Maryland. Originally calling themselves Shooze and eventually changing their name to The Generators and ultimately, Kix . Baltimore's favorite hard rock band garnered quite a reputation for themselves as one of Maryland's most exciting live bands, covering influences AC/DC, Aerosmith, April Wine, Led Zeppelin and others, prior to signing with Atlantic Records in 1981. The Shoo 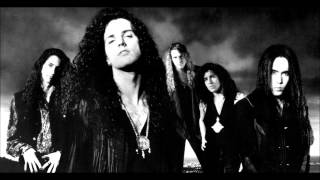 KIK TRACEE - CATS IN THE CRADLE Cats In The Cradle - unreleased track recorded for a three song demo that Kik Tracee made before they got signed. KIX - THUNDERGROUND "Thunderground" was recorded as a demo for the "Show Business" album. RED ALERT ( STEELHEART ) - RED ALERT Steelheart started off as a rock band called Red Alert whose members included (bass), James WardChris Risola (guitars), Jack Wilkenson (drums) and after auditioning, Miljenko Matijevic on vocals. Frank DiCos
1
2