THE DEAD DAISIES INSPIRE WITH SHORT FILM “LIKE NO OTHER” 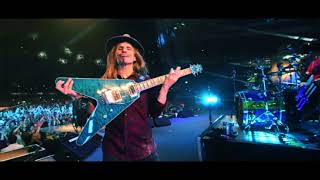 Posted via the bands FB Page: End of the 2017 Tour Wrap Up Video The band just finished their summer long tour with Def Leppard and Tesla. #Poison #BretMichaels #CCDeVille #RikkiRocket