GUNS N' ROSES has announced North American dates as part of its epic 2020 worldwide stadium tour this summer. The powerhouse performers will bring their uninhibited signature sound and dominance to millions of fans across the globe starting this March. Citi is the official presale credit card of the GUNS N' ROSES 2020 tour. As such, Citicardmembers will have access to purchase presale tickets beginning Tuesday, February 4 at 12 p.m. local time until Thursday, February 6 at 10

Guns N’ Roses is headed to Miami to play the 2020 Bud Light Super Bowl Fest on January 31. Get on the Nightrain for first shot at tickets beginning tomorrow, December 6, at 12 noon, local time. Active Nightrain members will see their presale code displayed on the Tour page after logging in on December 6 before the presale starts. Tickets go on sale to the general public beginning Monday, December 9 at 10 AM, local time. #GunsNRoses #Slash #AxlRose

New GUNS N ROSES Music Is On The Way

Slash has confirmed that GUNS N' ROSES will start work on a new music in the fall. The guitarist had previously said that there was talk of GUNS putting new ideas together, but he was reluctant to say that fans could definitely expect to hear fresh material from the reunited group. Explaining why he had been ambiguous with his comments in the past, Slash told Meltdown of Detroit's 101 WRIF radio station (hear audio below): "The thing is, we haven't really done anything yet, a

The official video for "Rock The Rock", the first new song from GUNS N' ROSES singer Axl Rose in 10 years, can be seen below. The track is featured in the TV show "New Looney Tunes", which airs on the Boomerang streaming service. The episode, which premiered on December 24, features Axl as a character. In the clip called "Armageddon Outta Here, Part Two", Rose asks Bugs Bunny, Porky Pig and company how to get to the Civic Center, where he is scheduled to perform that night wi

Guns N' Roses were forced to cut short their November 25th performance in Abu Dhabi when singer Axl Rose became "severely ill." Rose got through 20 songs before calling it quits, and not without informing the crowd of the situation. Axl has since updated his Twitter account with the following message(s): "Wanna thank All the fans, the band n’ every1 4 their concern n’ well wishes! In Johannesburg w/plenty of time 2 b ready 4 the show!👍🏼This flu or whatever is a wild ride! C 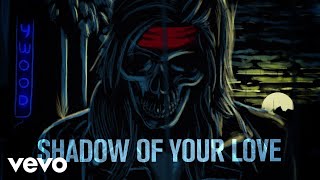 The best-selling debut album ever released by any American rock band, Guns N’ Roses’ career-making “Appetite for Destruction,” will be celebrated anew this summer with an enormous box set, “Appetite for Destruction: Locked N’ Loaded.” The most extensive version of the box set will feature 73 GNR recordings, nearly 50 of which are being released for the first time. The songs from the original album have all been remastered — as have dozens of other selections — for the box set

Take the following update with a grain of salt, but according to Rose Tattoo frontman Angry Anderson during a new interview with The Rock Pit, AC/DC's Angus Young is working with Guns N' Roses frontman Axl Rose on a new AC/DC album. Anderson: "I was talking to Angus earlier last year when we were opening for Guns N' Roses - Angus and I were asked to do the encores and I said to him, 'What are you going to do?' and he said, 'Mate I'm writing a new album.' I thought, 'Cool,' so

The GUNS N' ROSES Rock Iconz set from KnuckleBonz includes all three statues of Axl Rose, Duff McKagan and Slash. Slated to ship this summer, they can be pre-ordered now at this location. Only 3000 of each statue is made. These are highly exclusive, limited edition collectibles. Each one is hand-painted, numbered and comes with a certificate of authenticity on the base of the statue. These Rock Iconz statues are 1/9th scale; figures are approximately 8.5 inches tall. This is
1
2

Is the band reinventing rock n roll with the release of Pwr Up? Nope, but it's a welcome return that puts a smile on your face. The...

NWOBHM legends Raven are back with another onslaught of pure metal! ‘Metal City” is everything A fan of the band could want and more....

' Troublemaker ' is the first studio album by Crossbones' Creed. Contain within is a mixture of hard rock, blues rock and southern rock...

CRYPTEX 'Once Upon A Time' Album Review

It is this well-balanced mixture of strong hooks, catchy melodies and a plethora of artful facets that has kept Cryptex so unusual and...

Finally a new chapter begins! After the holy war between aliens and dinosaurs, a new intergalactic adventure awaits! Together with...